Truce over and incidents rise 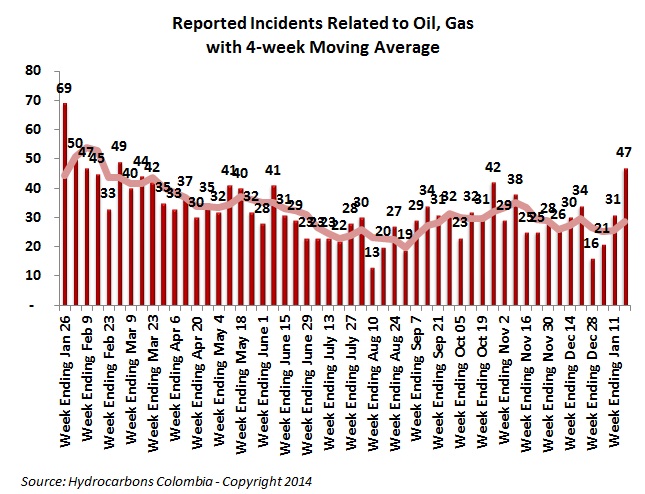 Incidents near areas of interest to the oil and gas industry were up significantly this week at 47, the highest level since early March. Non-Armed Forces-reported incidents were above average in absolute terms but below average as a percentage of the total. This is our indicator of increased guerrilla-initiated activity. Our 4-week Moving Average incident count was up at 28.8 and the 52 week average was actually down slightly but essentially unchanged at 32.6 incidents per week.