The Army takes the initiative 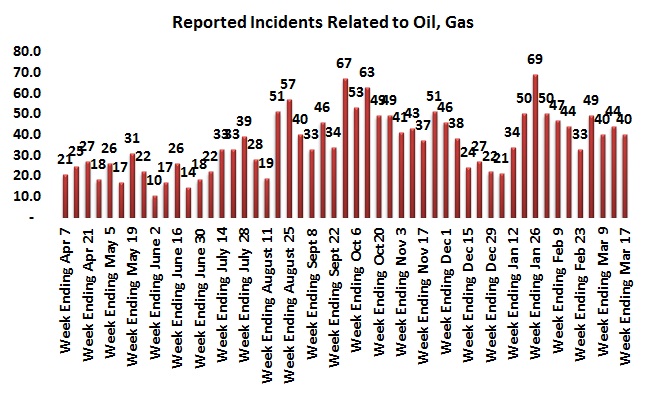 Incidents were down this week to 40 just about the long term average. Again this week a higher than recent average number of the items were initiated by the Armed Forces which is a good sign. In fact, the ratio is sufficiently high to think that either the traditional media are only reporting extreme events or the Farc are relatively quiet. (On average during the past year, 75% of incidents have been initiated by the Armed Forces and this week the percentage is 90%.) Our 4-week Moving Average was up slightly at 43 incidents per week closer to what amounts to a long-term average.