San Andres Blocks: Much ado about nothing – at least for Colombia 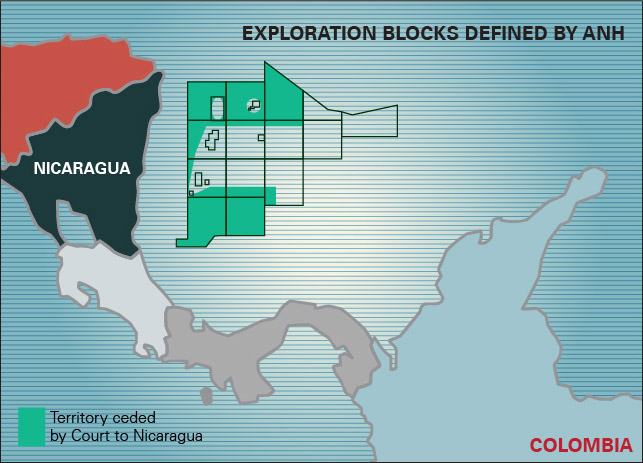 The Colombian press and congress is stirred up about the lost hydrocarbons potential of the territory that disappeared in the redrawing of the Colombia-Nicaraguan maritime border (see map by Hydrocarbons Colombia). Nicaragua adds fuel to the fire by publicly rubbing its hands with glee over the prospect of auctioning the zones to deep pocketed oil companies. That may indeed happen – although we think PDVSA will end up with them – but we do not believe this represents lost reserves, production or money to Colombia.