Pipeline-related security incidents back as the highest category 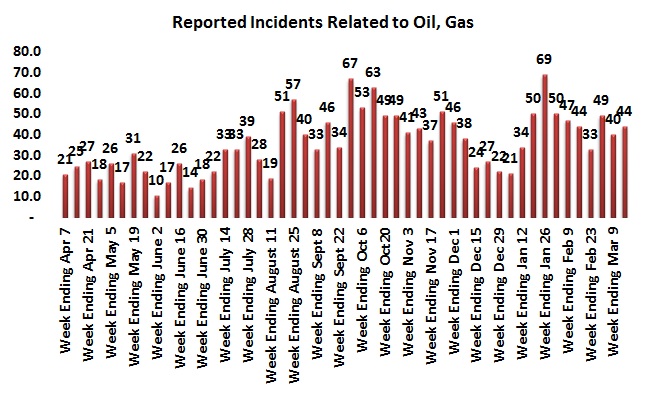 Incidents were up this week to 44 just over the long term average. Again this week a higher than recent average number of the items were initiated by the Armed Forces which is a good sign. (On average during the past year, 75% of incidents have been initiated by the Armed Forces and this week the percentage is 87%.) Our 4-week Moving Average was flat at 42 incidents per week closer to what amounts to a long-term average.