Peace worth about 16,000 barrels per day 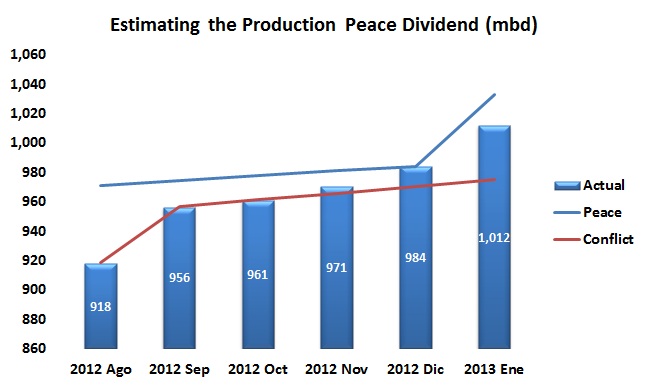 Colombia ran a kind of controlled experiment from the 20th of November to the 20th of January when the Farc observed a unilateral ceasefire. During this time, oil and gas companies were largely free to produce and transport what they wanted, limited only by geology, normal production difficulties like equipment breakdowns, community activism and the National Environmental Licensing Agency (ANLA). These months from November to January were also the three highest production months in the history of Colombia. Was this a glimpse at the peace dividend and if so, we asked, what was it worth?