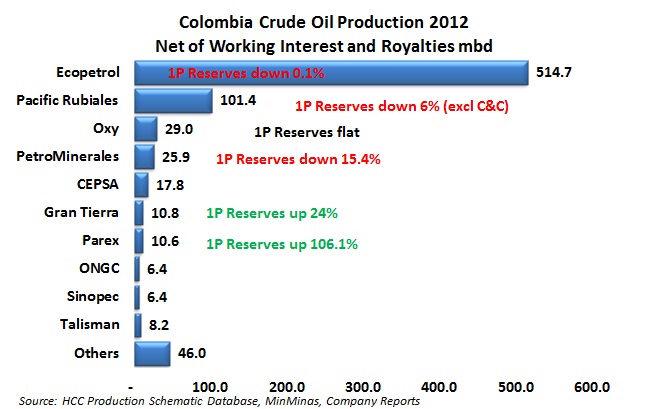 The country’s reserve report for 2012 has been much anticipated because prior signals were not very positive. Government officials publicly worried about reserve-production ratios as did the Colombian Petroleum Association (ACP). The three of the largest companies (Ecopetrol, Pacific Rubiales, Petrominerales) did not have good years for oil exploration in Colombia. We think ‘Small Oil’ made up the difference. Overall, this is good news but our commentary points out that there is still much to do. From a MinMinas press release, translated and with commentary by Hydrocarbons Colombia