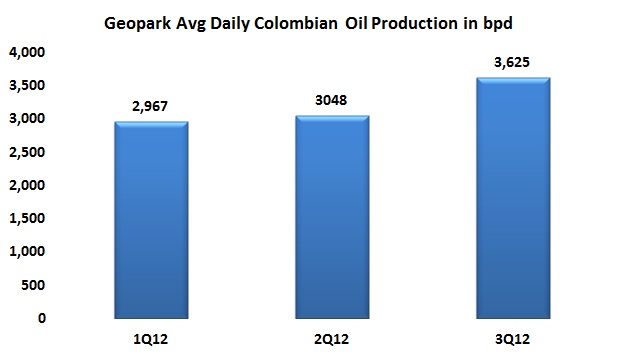 Chilean company GeoPark reported its 3Q12 operational results which highlighted the importance of the company’s acquisitions in Colombia this year. (It bought Winchester Oil & Gas in January and Hupecol in March.) This quarter these new Colombian assets produced more oil than did GeoPark’s principal assets in Chile. However, Chilean operations produced over 21,000 MCFPD which when translated into equivalent barrels of oil meant the home country still lead in boepd.