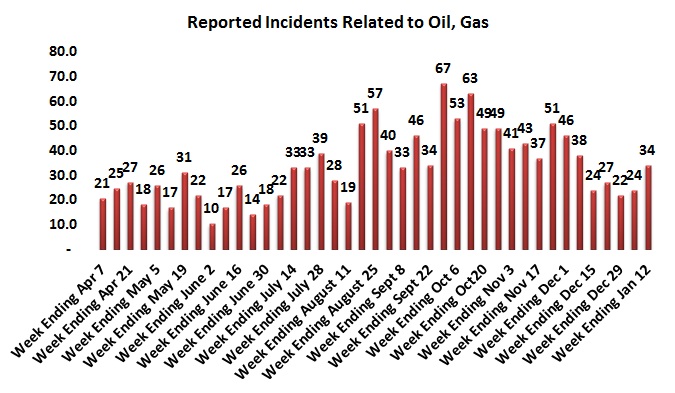 Incidents were up 42% this week to 34, the highest since December 8th. As our researcher said, it is clear that vacations are over. This sent our 4-week Moving Average up 10% having previously dropped continuously since the week of October 20th, except for a small blip the week of December 1st. It now sits at 27 incidents per week although still down from a peak of 58 back in October.