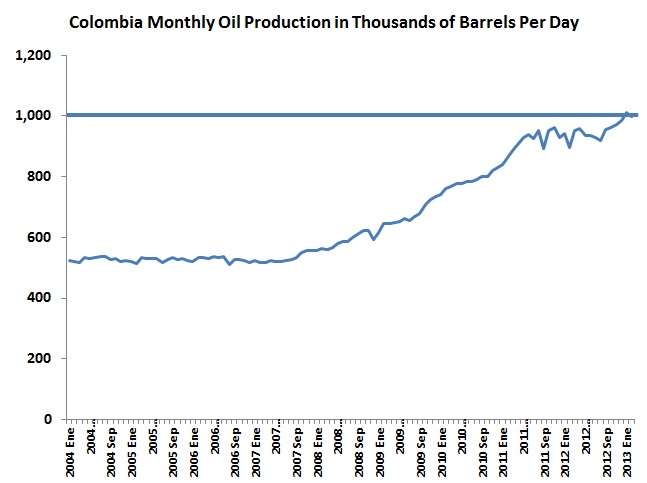 It is barely visible in the graph but February 2013 oil production in Colombia dipped to 997,581bd from 1,011,992bd in January 2013. We had predicted this based on the incidence of attacks just on the Caño-Limón pipeline and government ministers had shied away from predictions. What is not in this report by MinMinas is the fact that Pacific Rubiales claims that its production is running higher by over 30,000bd after royalties compared to December (probably over 37,000bd before royalties). That means the sum of the rest of the industry is producing less. From a MinMinas press release, translated and with commentary by Hydrocarbons Colombia.