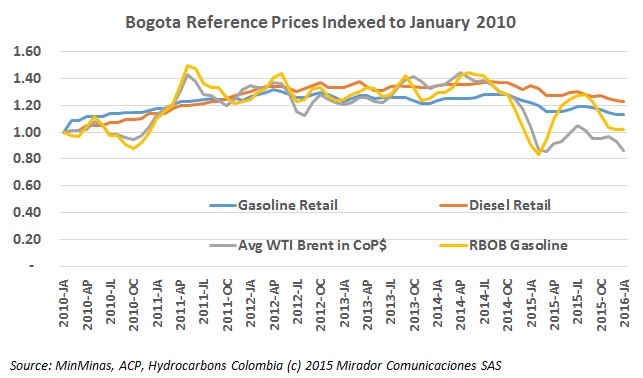 The government announced that fuel prices for January 2016 would increase slightly for gasoline and drop slightly for diesel. But five days later the Ministry of Mines and Energy (MinMinas) said that shortages of ethanol have forced it to adjust the mixture, and also the price. Fuel distributors allege that this has caused them losses.